Animation by The Mill with behaviour based on research by DeepMind. 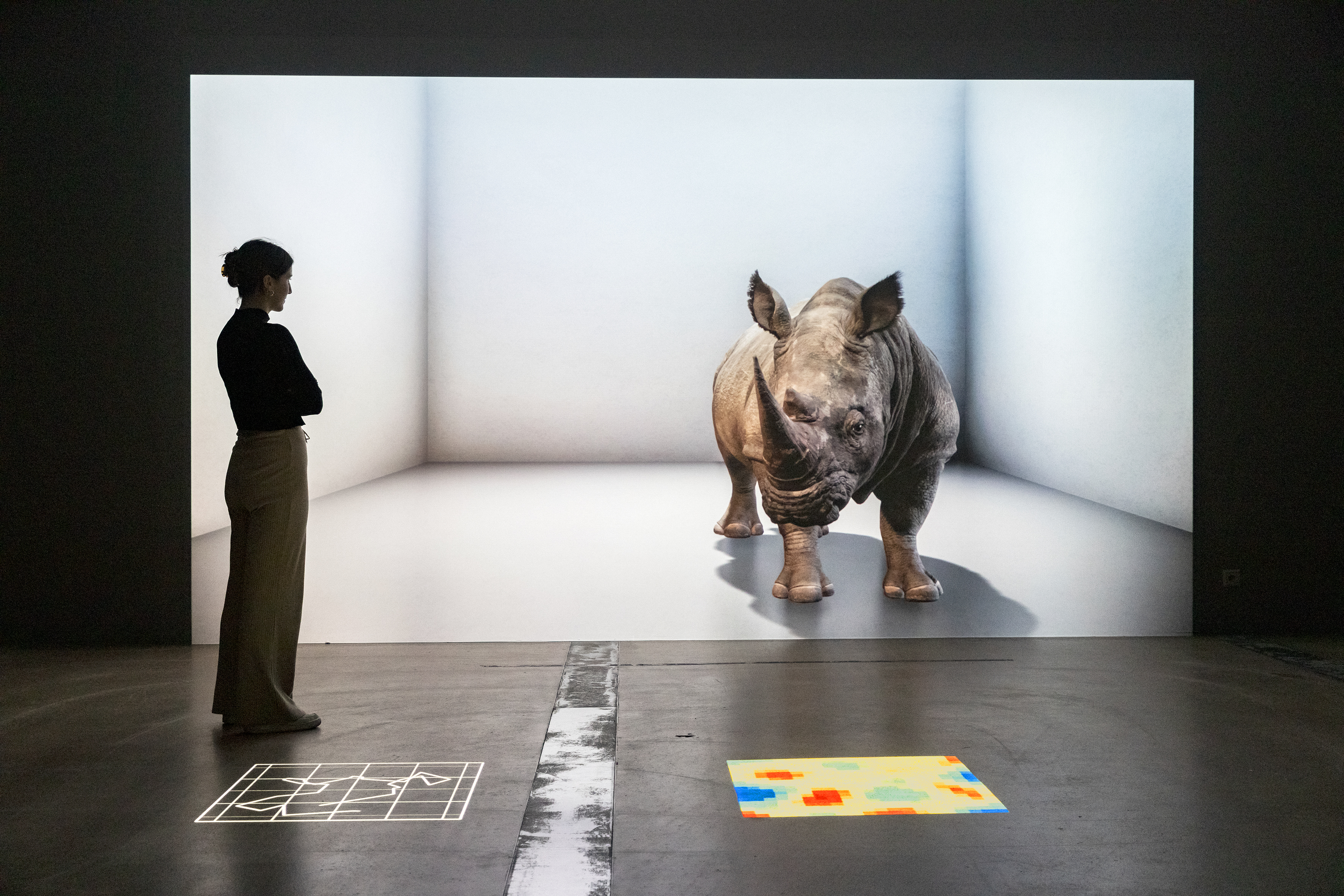 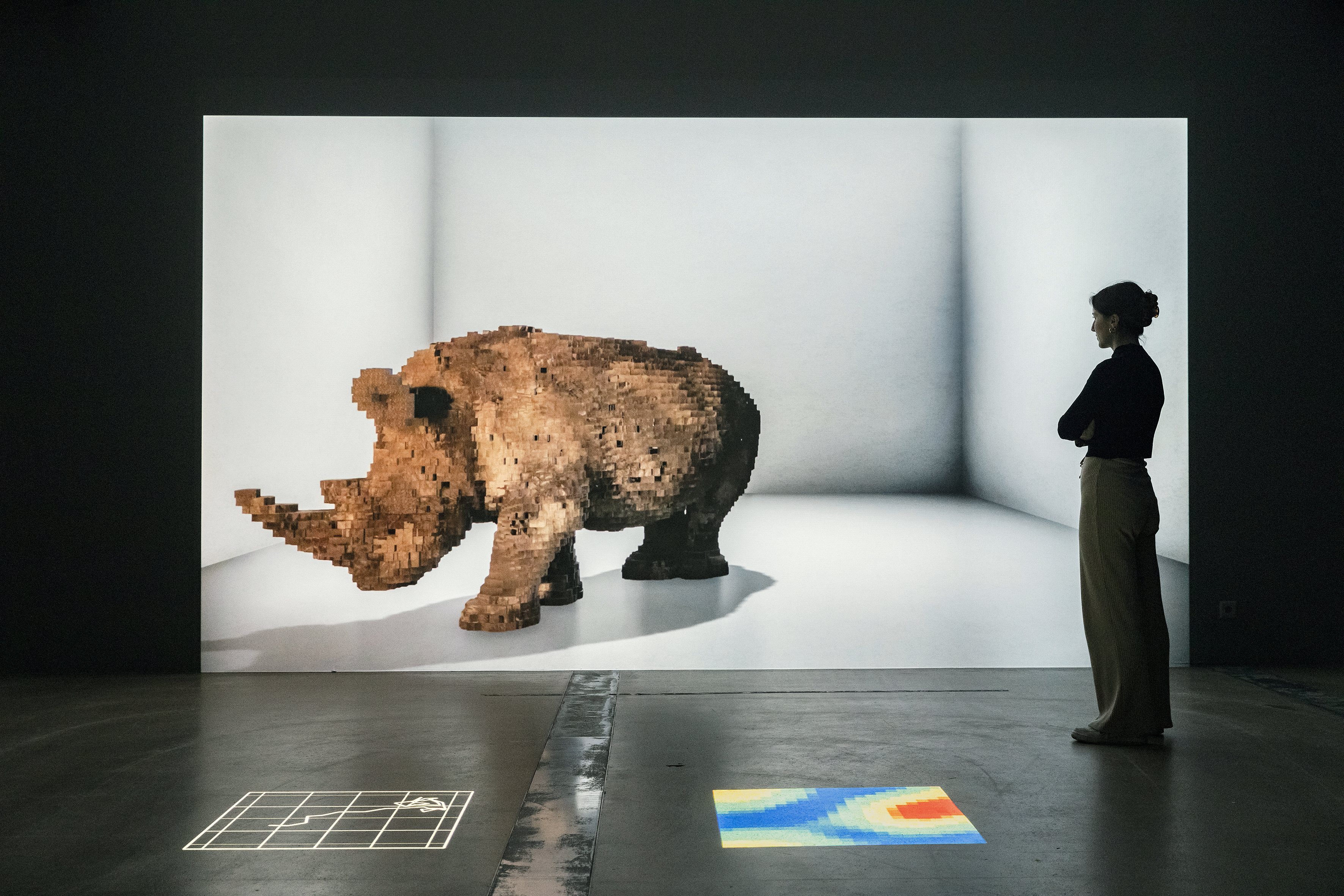 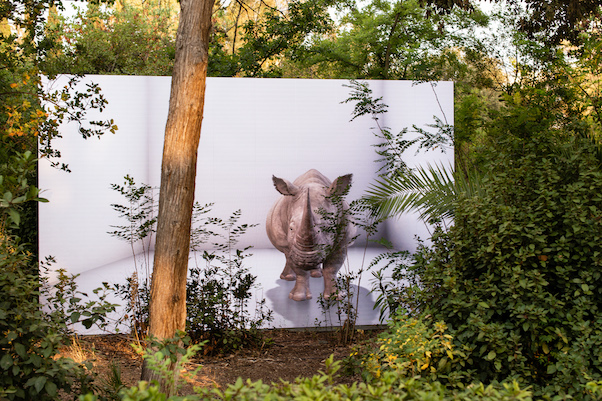 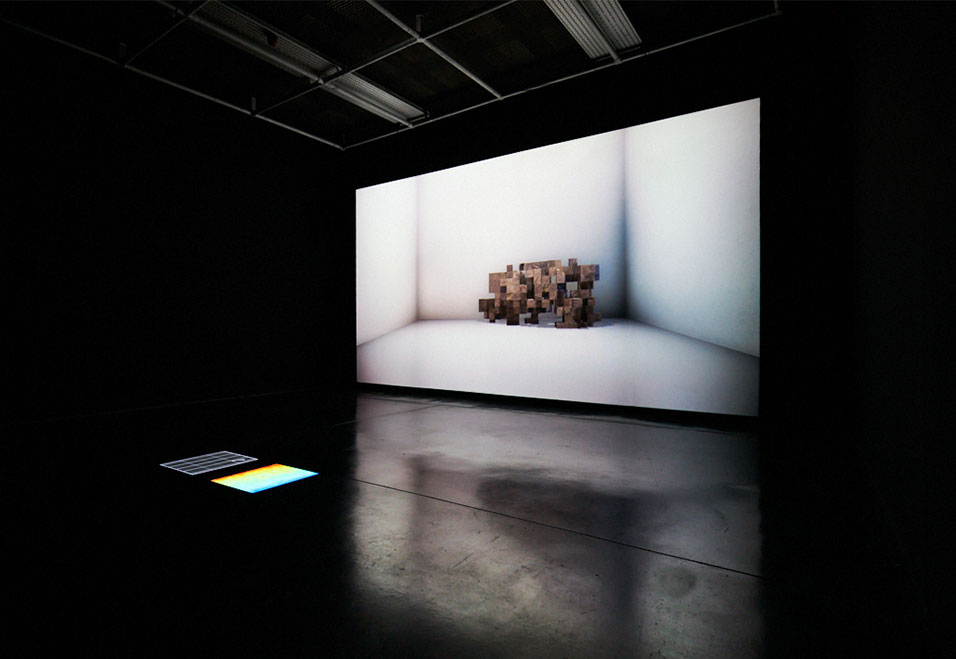 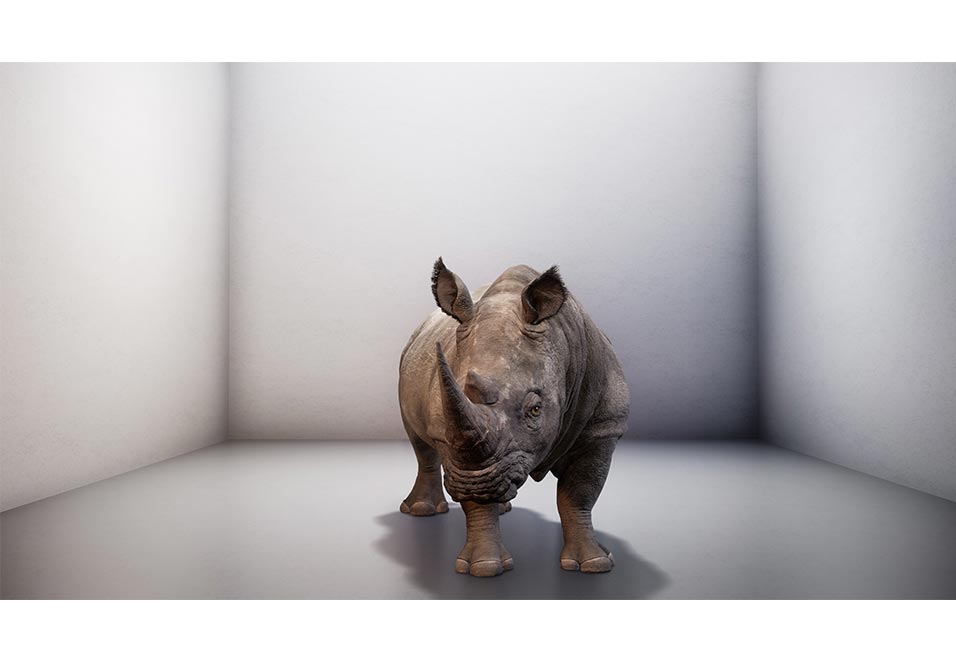 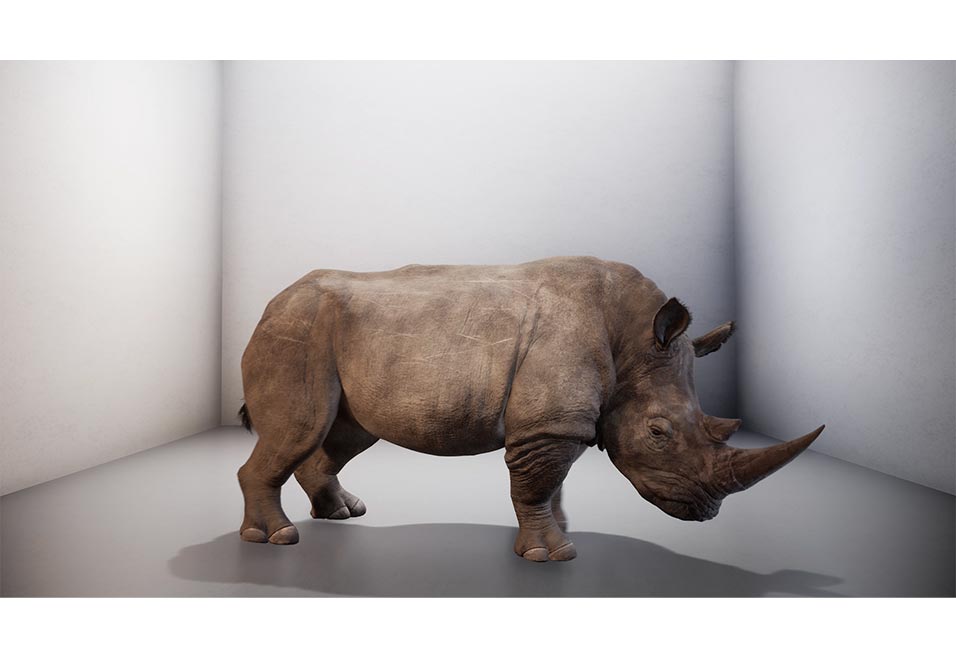 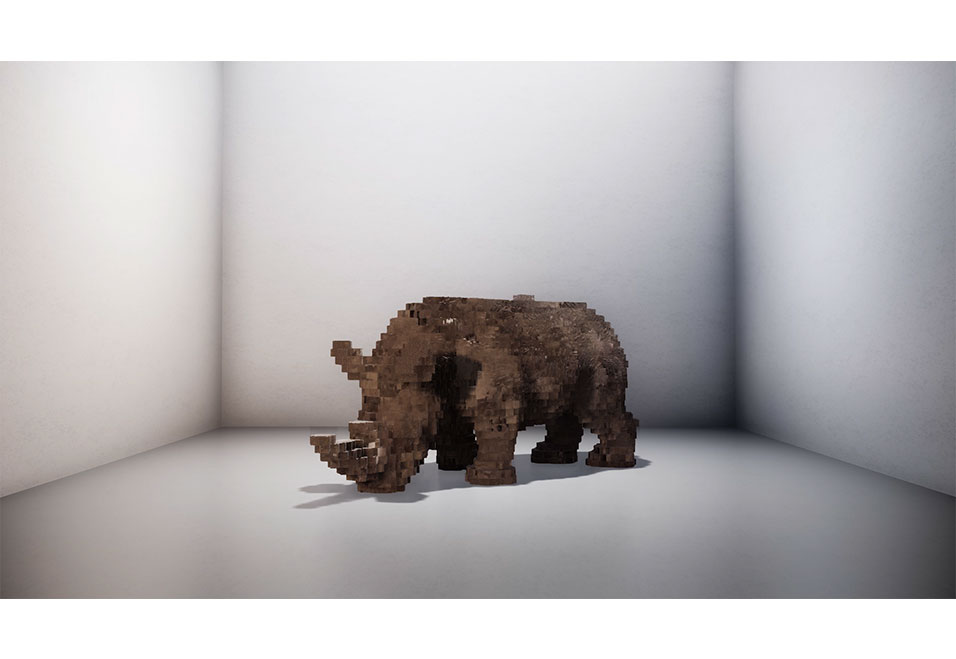 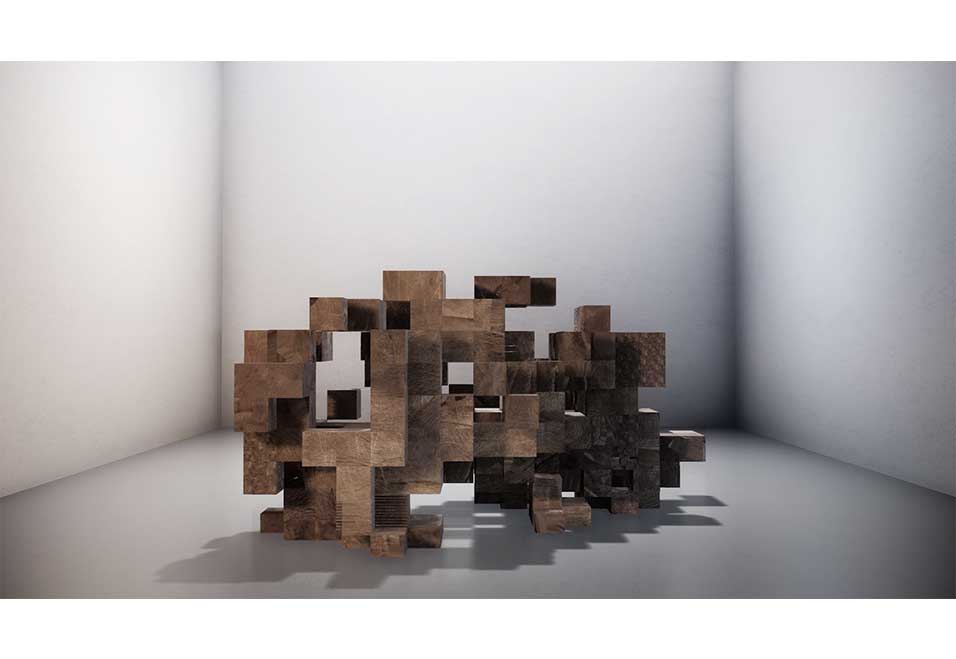 On March 20, 2018, headlines announced the death of Sudan, the last male northern white rhinoceros (Ceratotherium simum cottoni). We briefly mourned a subspecies lost to human desire for the imagined life-enhancing properties of its horn, comforted that it might be brought back using biotechnology, albeit gestated by a different subspecies. But would humans protect a resurrected rhino, having decimated an entire species? And would this new rhino be real?

The Substitute explores a paradox: our preoccupation with creating new life forms, while neglecting existing ones. A northern white rhino is digitally brought back to life, informed by developments in the human creation of artificial intelligence (AI). Based on research from AI lab DeepMind, the rhino performs as an artificial agent, an autonomous entity that learns from its environment. A life-size projection, 5m wide, shows the artificial rhino roaming in a virtual world, becoming more “real” as it comprehends the limits of the space. As the artificial rhino habituates to its space, its form and sound toggle from pixelation to lifelike—reminding the viewer that this living, breathing rhino, coming to life without its natural context, is entirely artificial. The experimental data is played on a second screen, showing the path and development of grid cells. The rhino’s behaviours and sounds are adapted from rare research footage of the last herd, provided by Dr Richard Policht. Is this rhino, coming to life divorced from its natural context, a better substitute for the real? 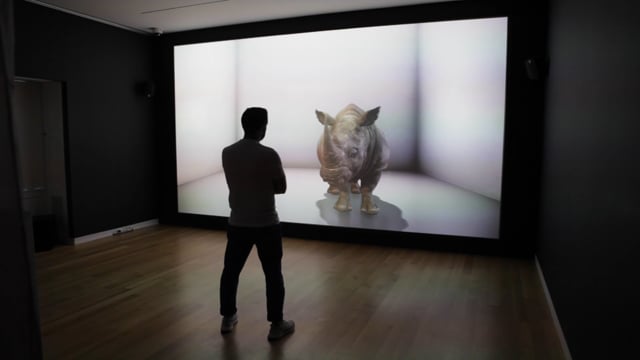 Special thanks to Andrea Banino/DeepMind and Dr. Richard Policht.