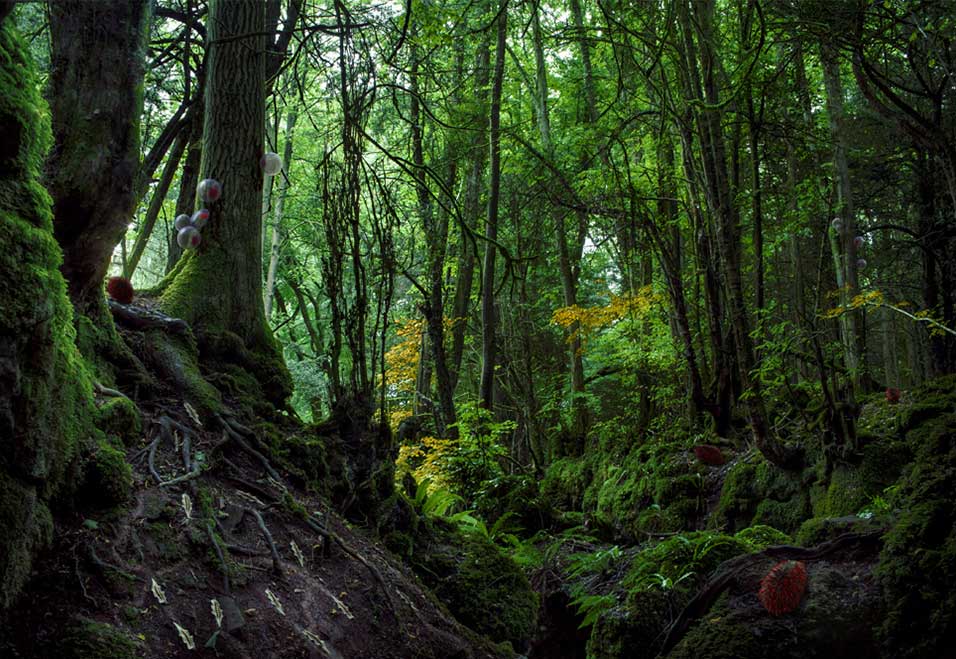 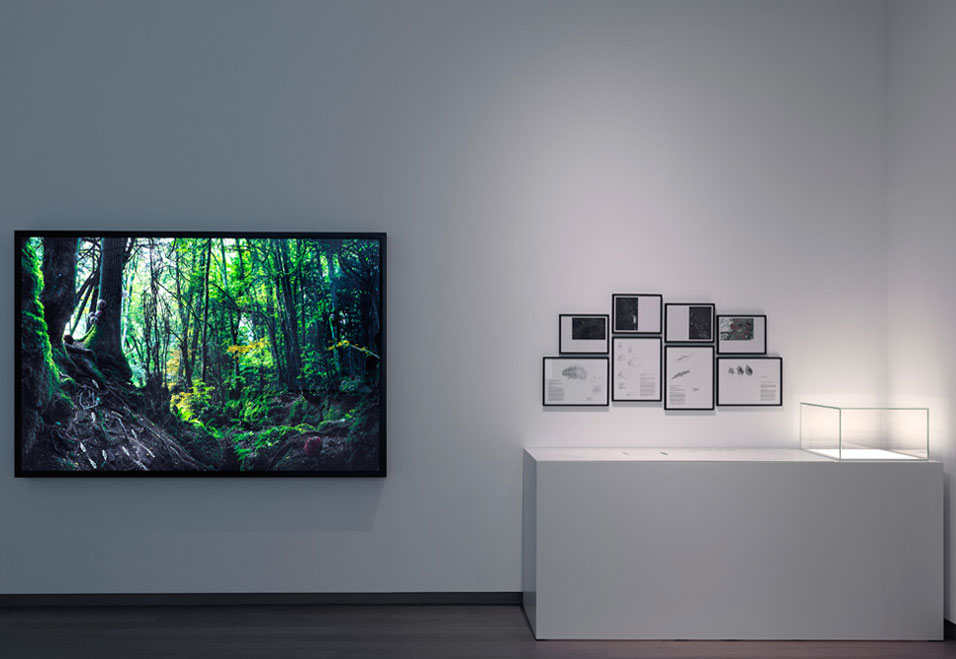 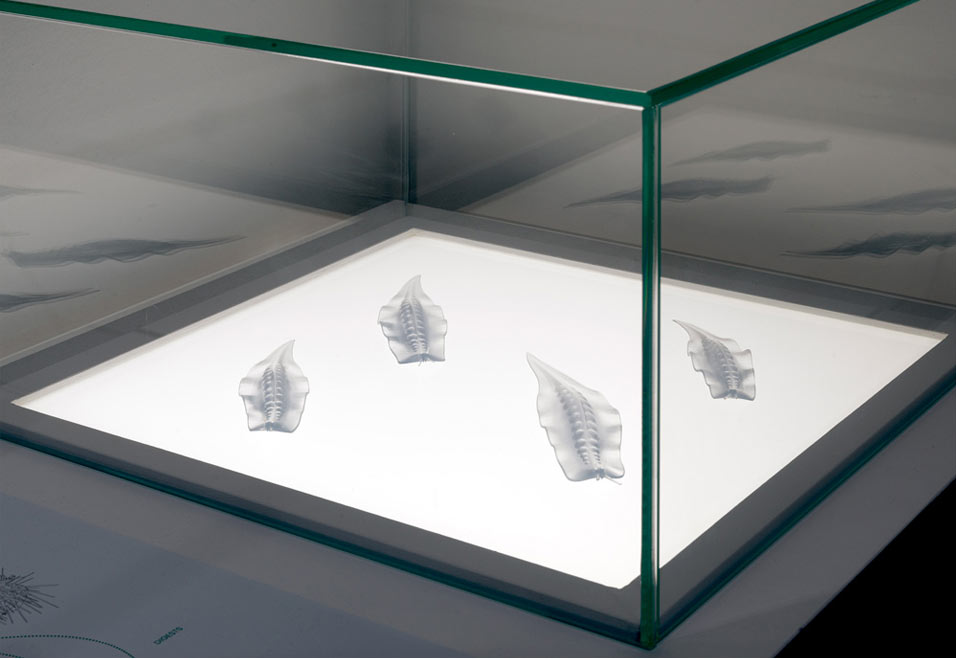 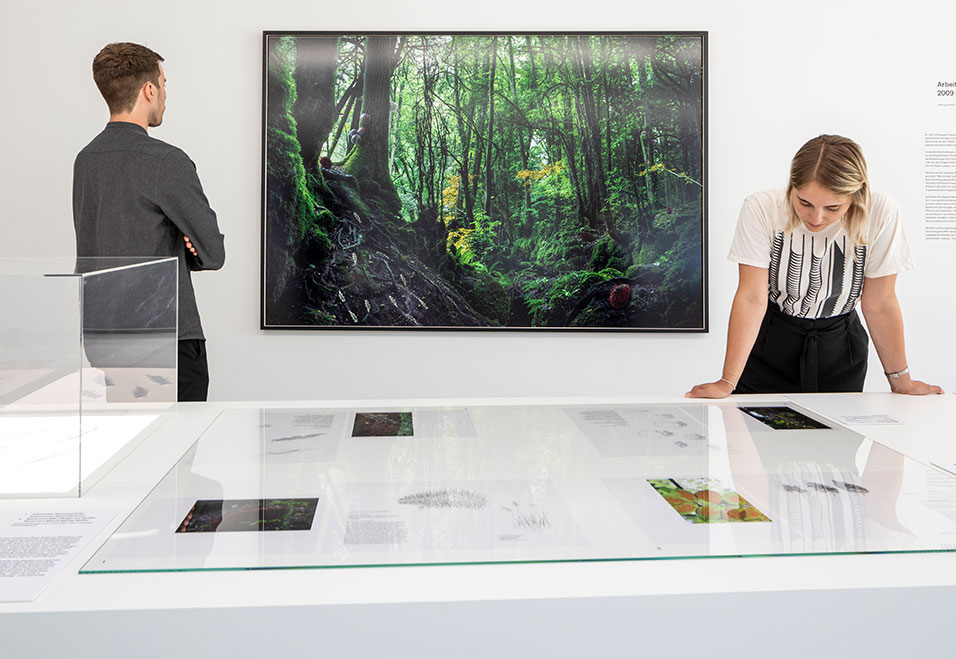 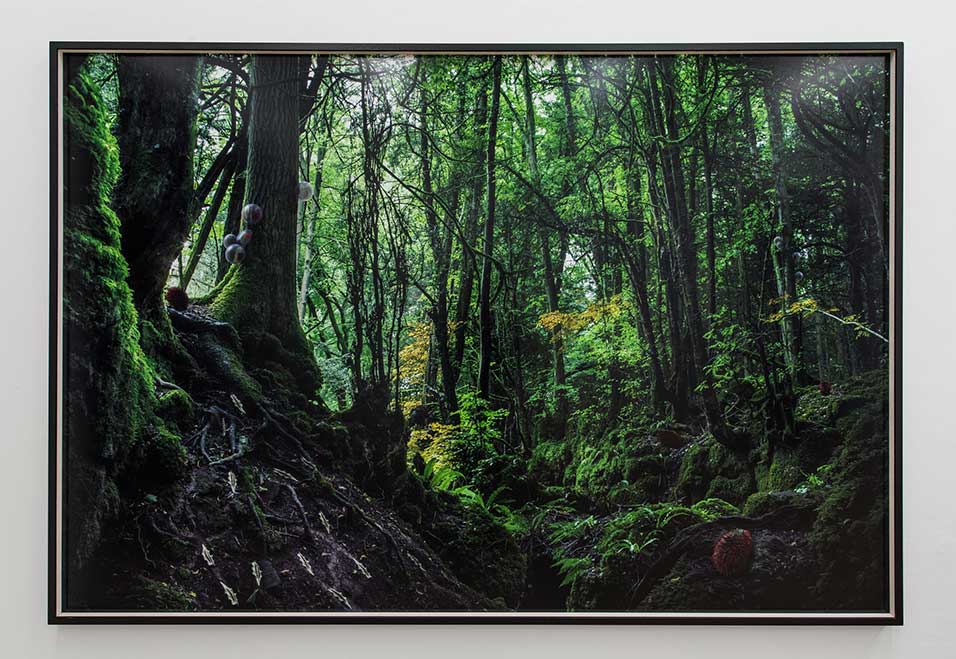 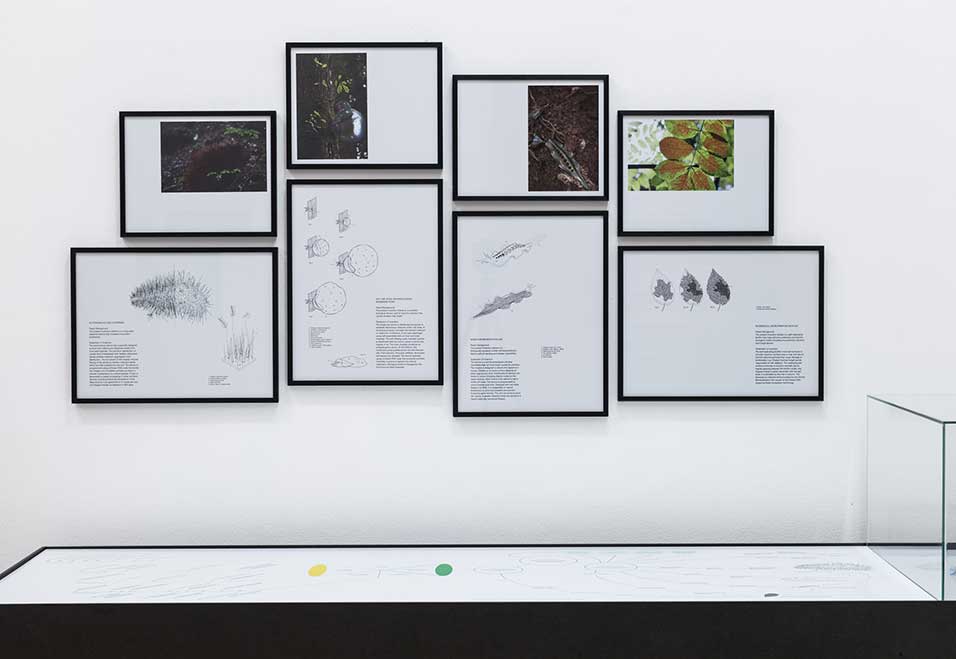 Can we preserve by looking forward? The sixth mass extinction event in the history of biology is underway, and we humans are likely its cause.

While conservationists struggle to protect existing ‘natural’ species and reverse the effects of the Anthropocene (the human epoch), synthetic biologists are busy designing new organisms for the ‘benefit of humanity’. What might the wilds look like in a synthetic biological future? 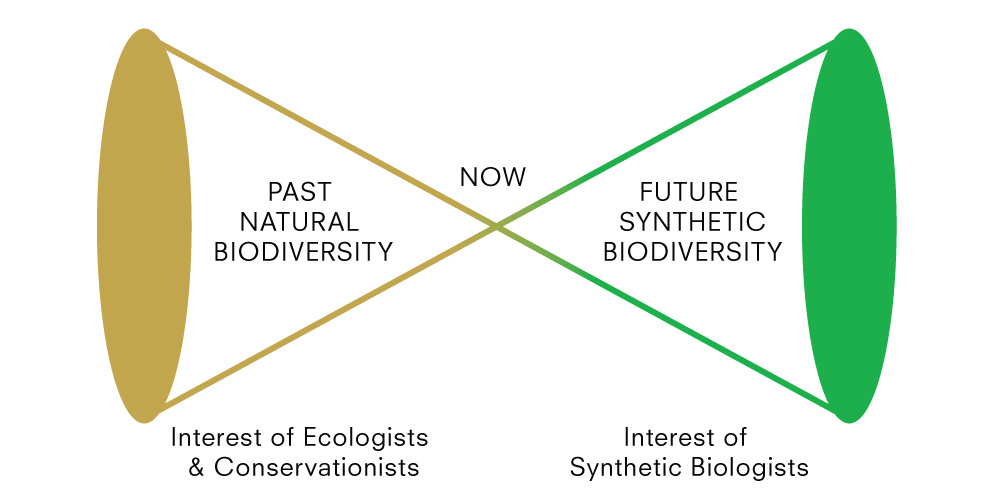 Convergent and divergent interests in biodiversity.

In this version of the future, novel companion species are designed by synthetic biologists to support endangered natural species and ecosystems. Financed by corporate biodiversity offset schemes, these patented species are released into the wild. They compensate for biodiversity lost due to monoculture farming of biomass for biofuel and chemical production. For a thriving bioeconomy, the preservation of natural biodiversity is worthwhile not just for sentimental reasons, it is also a valuable DNA library for future biological designs.

Constructed using an expanded DNA code (a real technology in development) that produces non-biodegradable proteins, the synthetic biodiversity is hardy in the face of wild predators that have not yet evolved to eat and digest them. They operate in enclosed ecosystems, the outcome of imagined decades of political negotiation around biosafety and release.

Organisms designed by humans to maintain or revive disappearing ecosystems would demand a relaxed attitude to biological control, risk and ownership. The taxonomic status of living things that are technologically isolated with no purpose except to save others is also uncertain. Are they even alive? If nature is totally industrialized for the benefit of society—which for some is the logical endpoint of synthetic biology — will nature still exist for us to save? 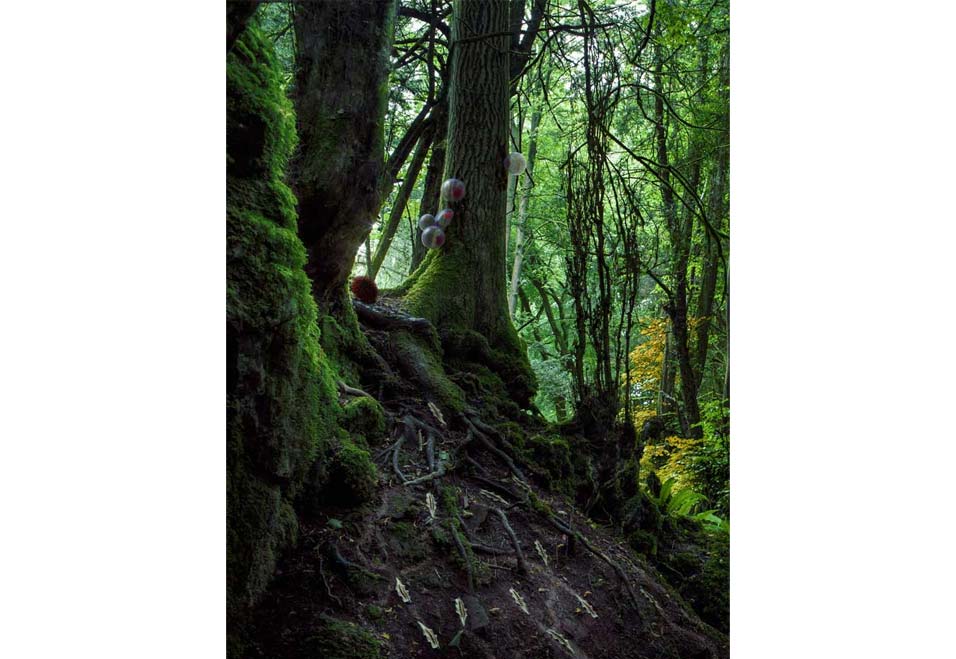 Detail from Rewilding with Synthetic Biology 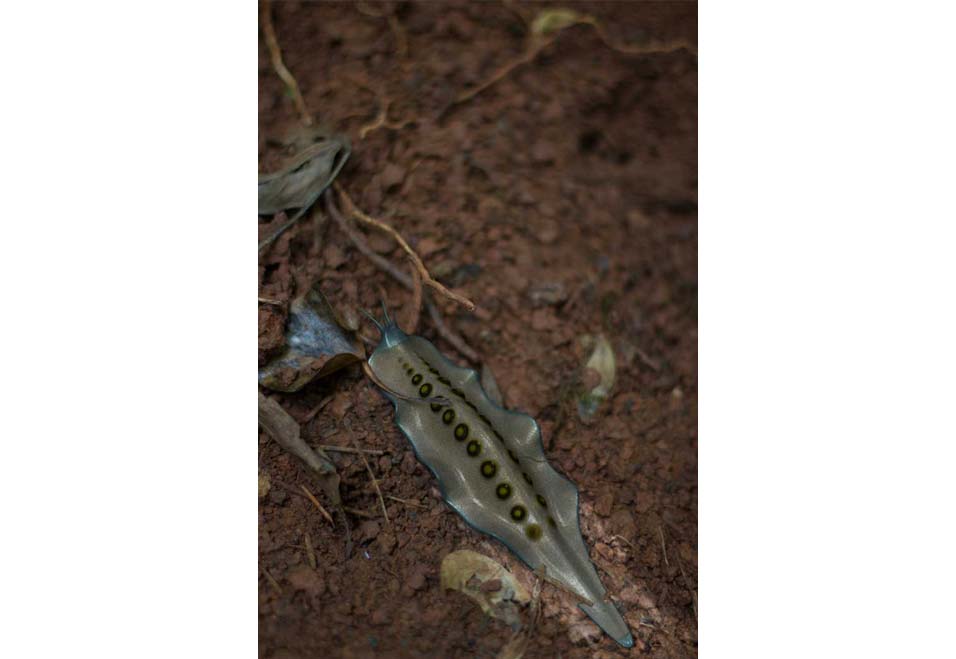 Statement of Invention:
The device is a soil bioremediation unit that neutralises high soil acid levels caused by pollution. The chassis is designed to disturb the topsoil as it moves. Outlets on its lower surface disperse an alkali hygroscopic fluid. Disributed pH sensors are linked to colourchanging display nodes on the upper surface, which switch from yellow to red in acidic pH areas. The device is programmed to move towards acid soils. Designed with two extra bases in its DNA, it is indigestible to natural biodiversity to promote biosafety and prevent horizontal gene transfer. The unit can produce up to ten copies. A genetic killswitch limits the device to a twenty-eight day functional lifespan. 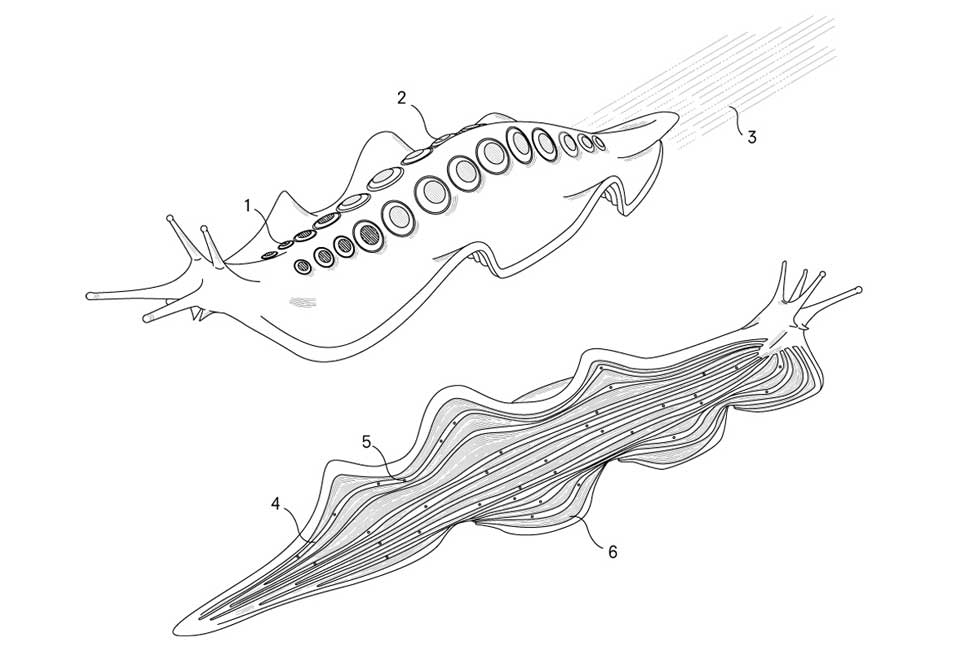 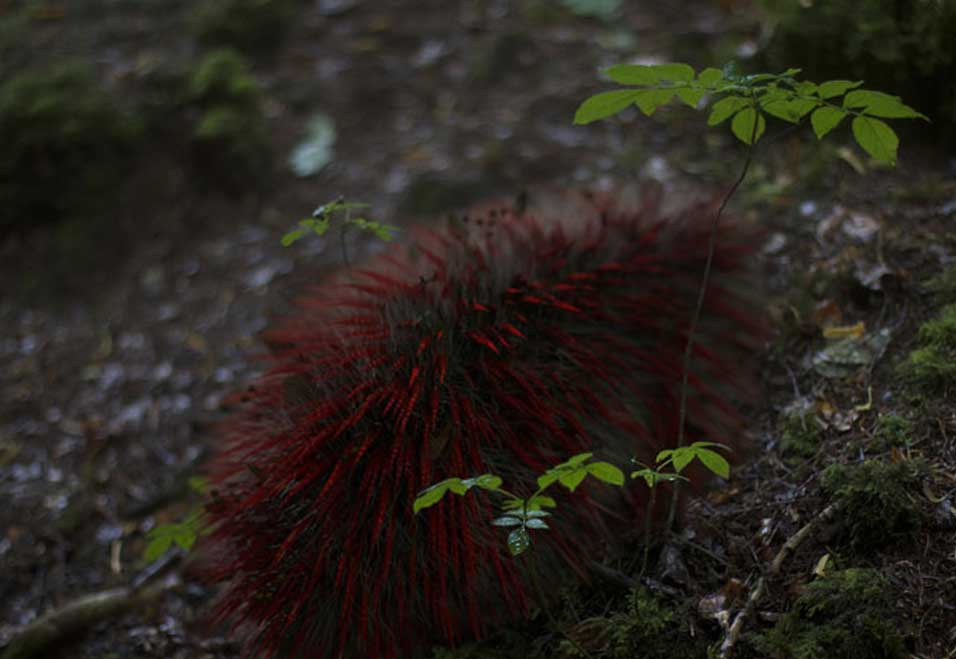 Statement of Invention:
The autonomous device has a specially designed surface that collects and disperses seeds from local plant species. The precision distribution of coarse hairs interspersed with flexible rubberised spines enables maximum aggregation and distribution. The movement of the chassis induces flexing of the spines to release collected seeds, which are then pressed into the soil. The device is programmed using a 6-base DNA code that builds the chassis out of inedible synthetic proteins to prevent consumption by natural species. Power is generated by waste processing of proprietary devices including Mobile Bioremediation Units. Reproduction is programmed to 5 copies per unit, and lifespan limited via killswitch to 600 days. 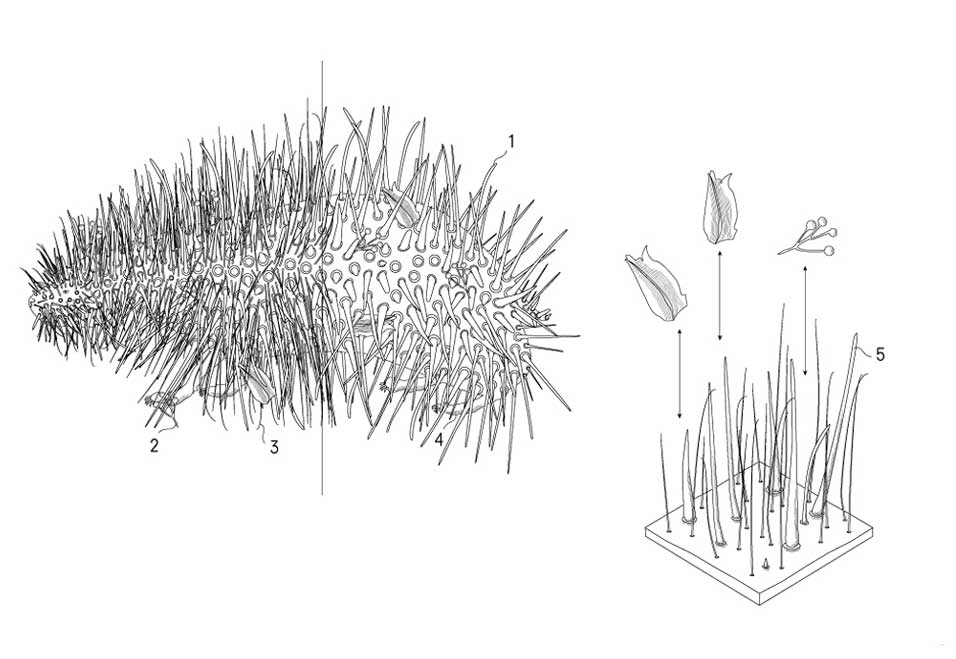 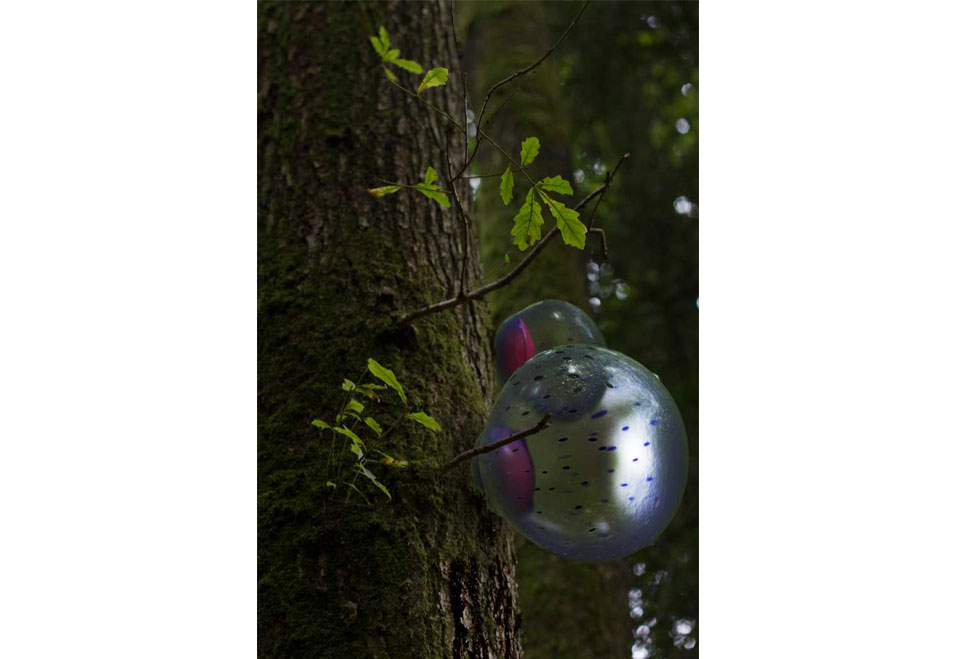 Statement of Invention:
The single-use device is distributed via spores to establish filamentous networks within oak trees. A proprietary biochemical sensor activates the dormant network on detection of infection. A two-part diaphragm pump self-assembles with an inner and outer chamber. The self-inflating outer chamber surface is distributed with non-return valves to permit the ingress of air. The inner chamber produces an antipathogenic serum. At full inflation, the membrane pump pushes serum into the infection site. Post-injection, the pump deflates, decouples, and spores are released. The device operates using a 6-base DNA code that produces synthetic materials, to prevent ingestion by natural organisms. Biological waste is managed by the proprietary Autonomous Seed Disperser. 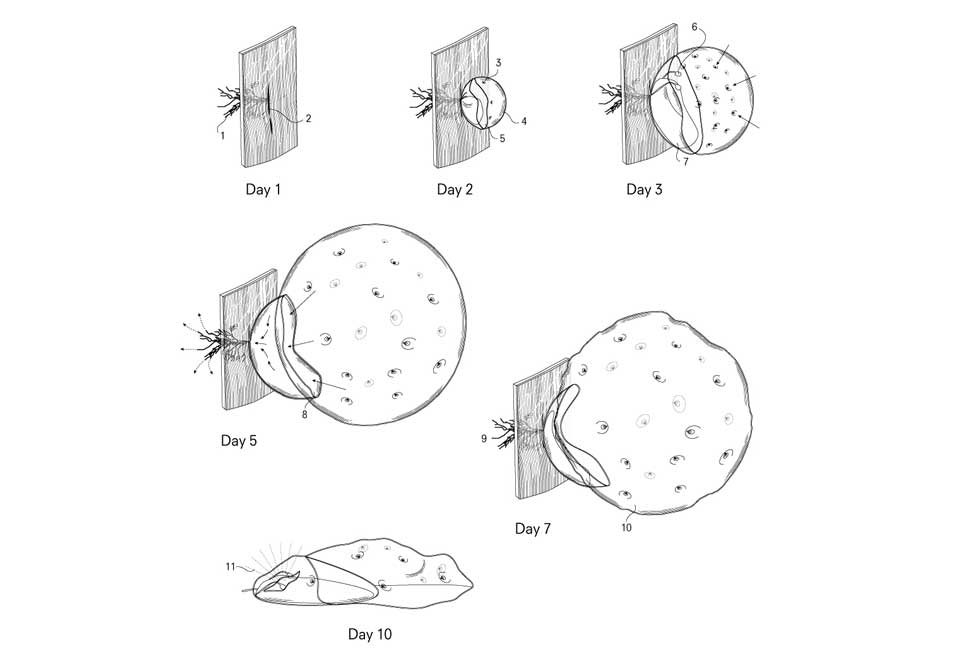 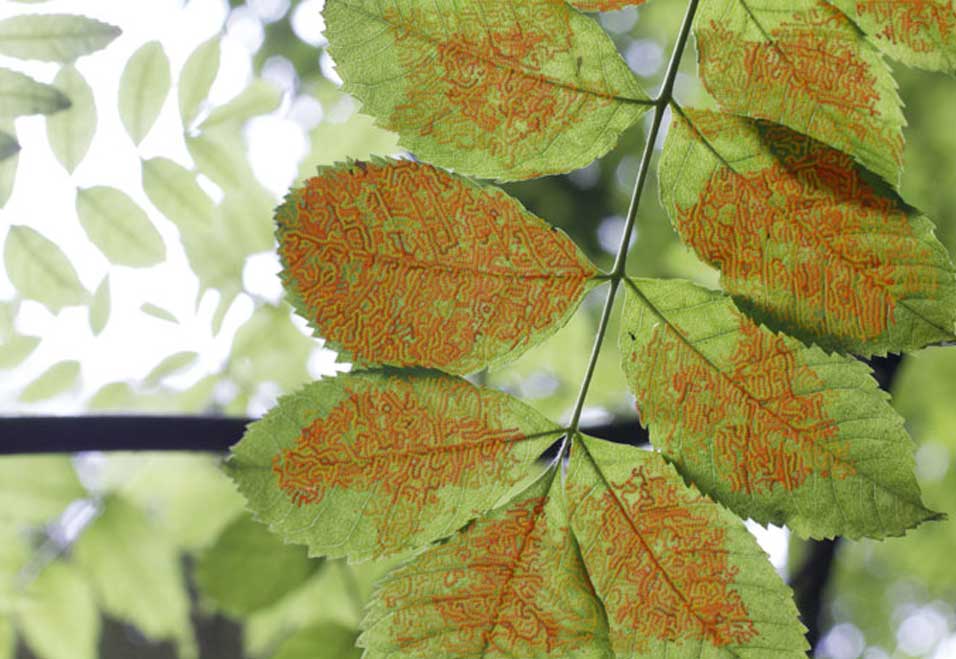 Statement of Invention:
The self-replicating biofilm coats leaf surfaces to provide maximum surface area to trap and secure harmful airborne particles that cause damage to biodiversity, e.g. Chalara fraxinea fungal spores responsible for ash dieback. The underlying leaf surface continues to function normally due to regular spacing between the biofilm nodes. Any trapped matter is safely discarded with the leaf when it is shedded by the tree in autumn. This biowaste is collected and processed by the Mobile Bioremediation Unit as part of our proprietary 6-base DNA Closed Synthetic Ecosystem technology. 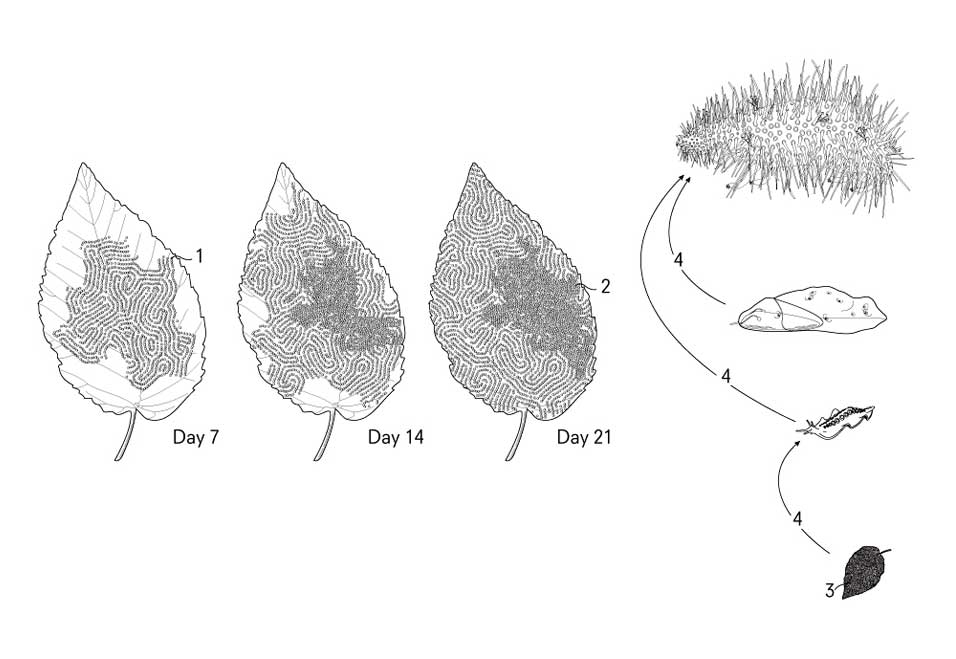 WITH THANKS TO
Kent Redford, Nigel Dudley, Louise Carver, the Wildlife Conservation Society (organisers of The Future of Nature conference, 2013), and Science Gallery, Dublin.

Convergent and divergent interests in biodiversity.

Detail from Rewilding with Synthetic Biology