In collaboration with Sascha Pohflepp.

Supported by a Knowledge Exchange grant, University of Southampton, UK. 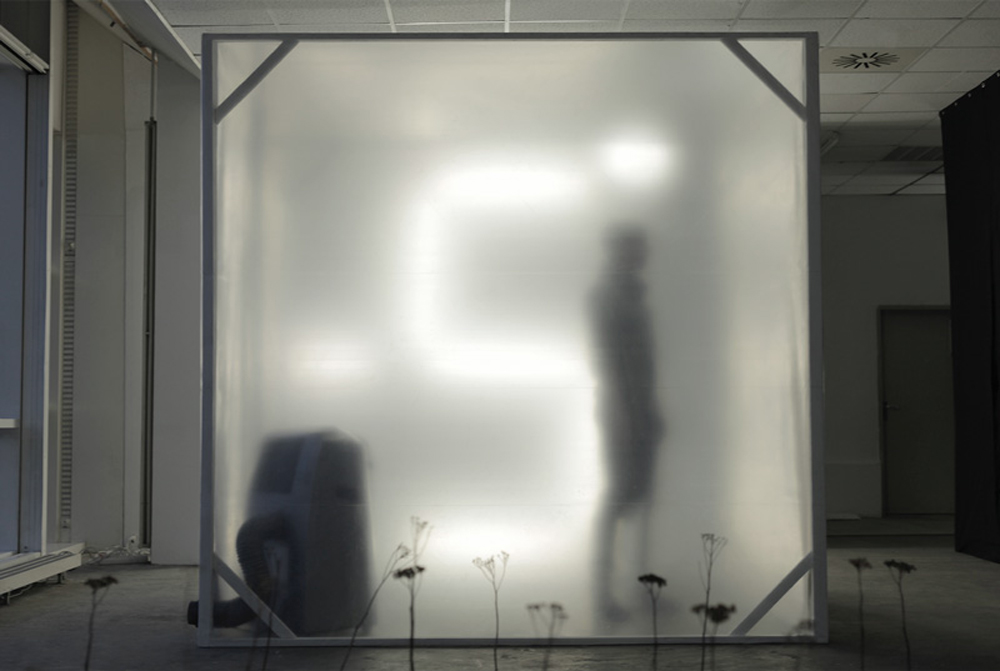 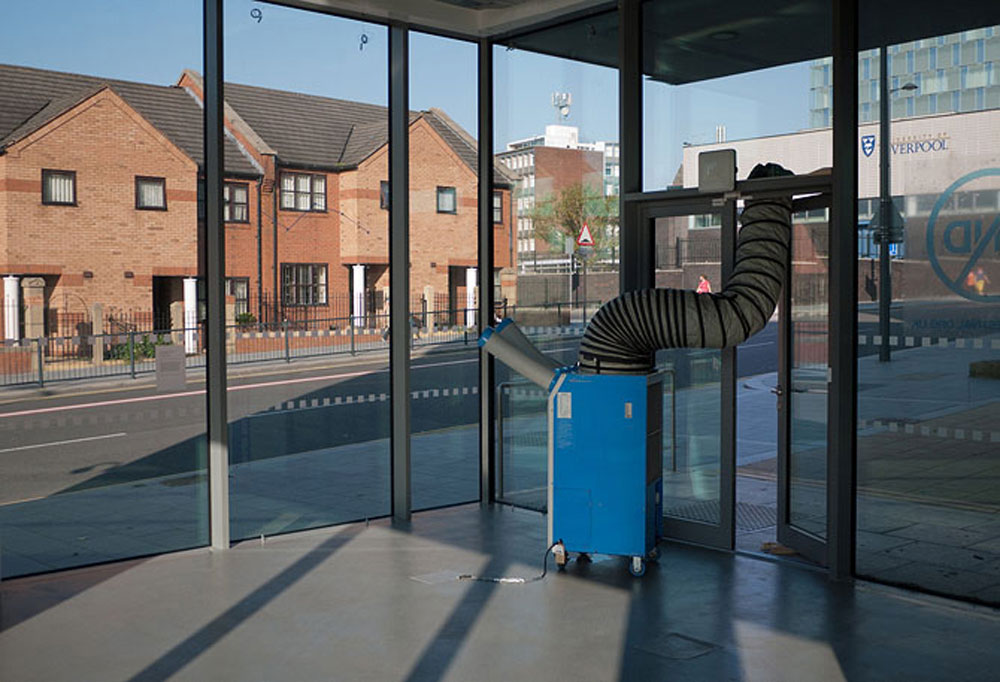 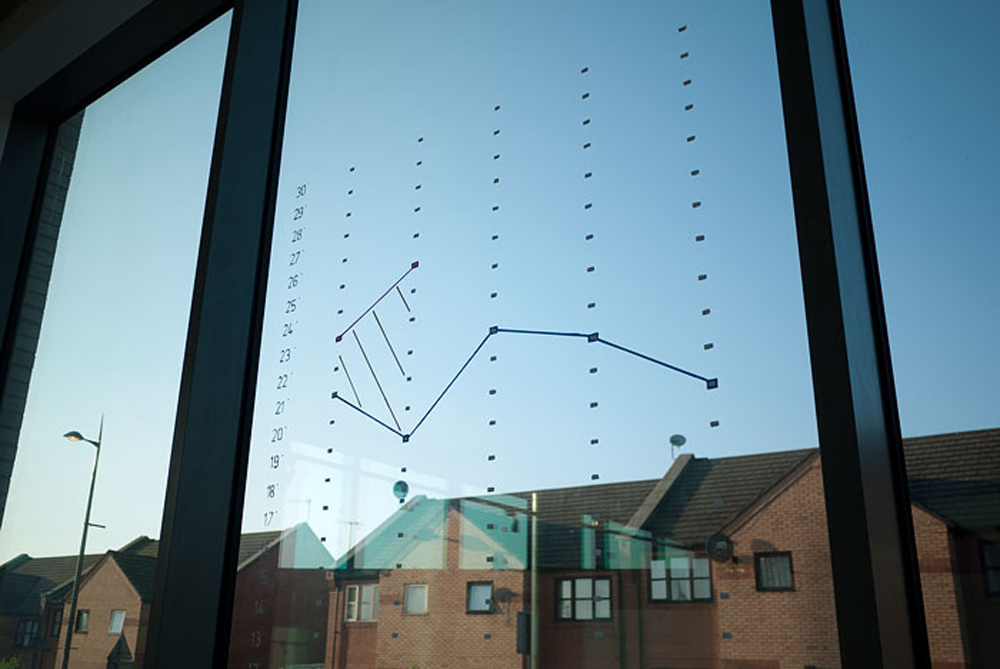 The space between the model and reality was tracked during the course of the exhibition. 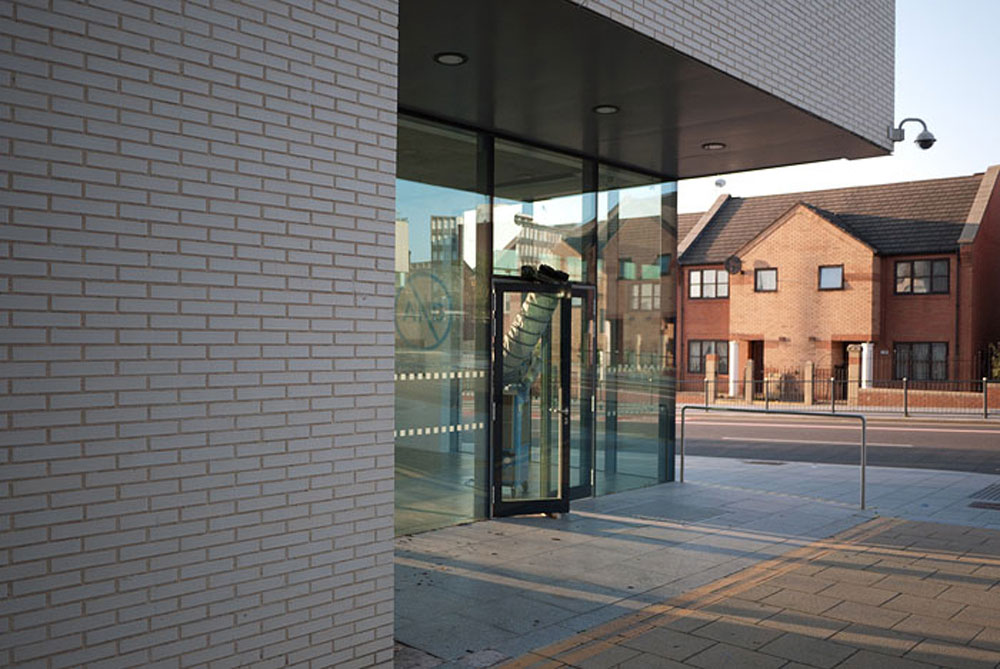 The Supertask is a paradoxical goal that we have set ourselves: to create a model of the world. Named after British philosopher James F. Thomson's term for an impossible or infinite endeavor, our experiments are an exploration of models and their role in how we see the world. The research began with a knowledge exchange project with Professor George Attard and Dr. Ali Tavassoli, and complexity scientists at the University of Southampton, UK.

The Supertask is a developing set of experiments that reflect on contemporary modelling of the world. Our first, Yesterday’s Today, was commissioned by curators Sarah Cook and Jean Gagnon for Q.E.D: Quod Erat Demonstrandum at Liverpool’s LJMU Gallery in September 2011. It focuses on one of the most common examples of modelling: the weather forecast. The product of a highly sophisticated, yet reductionist computational model of the climate, the forecast results in a representation of a slice of reality: a number on the scale of degrees Celsius.

Daily weather forecasts are the product of sophisticated, yet reductionist models of the climate, and result in a representation of reality: a number in degrees. Using mechanical climate control, we materialised the deviation between model and reality by simulating the temperature for that time and place, as predicted 24 hours earlier. The visitor could experience the computational model inside, and by stepping outside, feel any deviation from reality. As a variation, for the exhibition Abstrakte Welten Realisieren at LEAP, Berlin, in January 2013, we created an isolation chamber. Constantly monitored and adjusted, the temperature of the air in the chamber embodied the dynamic space between yesterday’s weather forecast model for today, and reality.

The next planned experiment examines artefacts—errors in data processing that appear in scientific experiments—by intentionally building them.